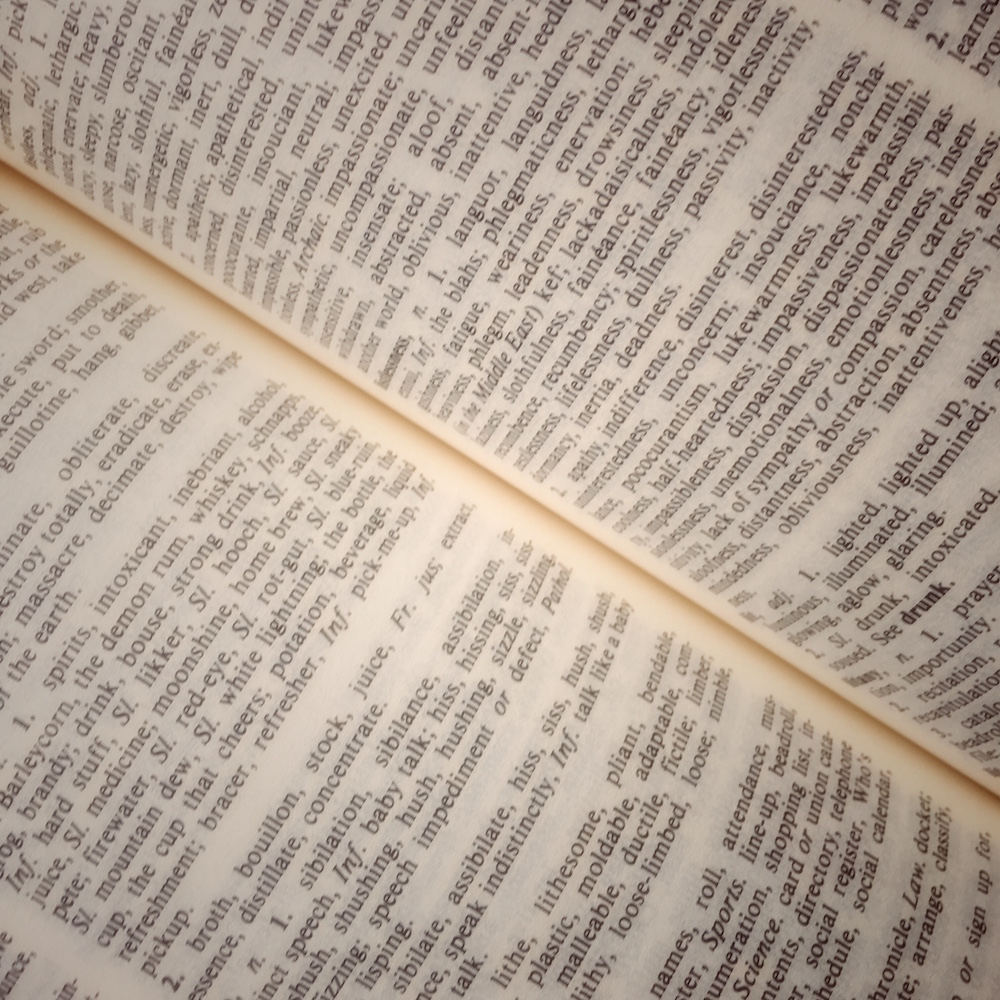 Great writing is tight writing. One of the most frequent comments I make to clients is “tighten this up.” Tight means there are no unnecessary words, that each word has a strategic purpose in engaging the reader. That’s not to say long, flowing sentences are bad. They aren’t, if you know what you’re doing, and how the structure of your sentences affects your readers. But for most writers—me included—the first draft is super-rambly. And rambly is not ‘flowing’.

One of the most powerful ways to tighten a piece of writing is by cutting out all adverbs and most adjectives. I don’t mean publishing the content without a single adjective or adverb, but by cutting all of them, you can discover which ones are truly (!) necessary.

Adjectives and adverbs are parts of a sentence (don’t worry, I was terrible at diagramming sentences, too). At the root of this issue, though, are nouns, so let’s start there. “Noun” is the part of a sentence that is a person, place or thing/object. Tree, book, sky, laptop, idea, woman. Nouns give the reader a broad idea of what to picture in their mind. Adjectives refine (or “modify”) the noun, so the reader can imagine a more precise image. Adverbs modify either adjectives or verbs.

I overuse adjectives and adverbs all the time. Even in writing this post, I’ve caught myself at least a dozen times. And they’re not universally (!!) “bad,” but they can weaken the impact of strong writing.

The Two Types of Adjectives

There are two types of adjectives: descriptive and interpretive.

Descriptive adjectives (“serpentine highway” or “sulphury smell”) use a word that’s objective to more clearly describe the fact of the situation. You and the reader can agree on what serpentine looks like, or sulphury smells like. Other adjectives are the author’s interpretations (e.g., “beautiful,” “ugly,” “uncomfortable,” “problematic”). Those are subjective, and the reader’s interpretation may differ significantly from yours.

Nearly all interpretive adjectives indicate weak writing. You can paint a vivid picture by choosing a stronger noun, or coming up with a metaphor that enables the reader to come to the same conclusion that your adjective tried to communicate. Instead of saying that someone had a tight grip, can you think of an object that grips another object with that intensity? Or a time you felt gripped by something? Readers don’t like being told what to think, feel or perceive. They want to have an experience, and your job is to use words that facilitate that experience.

Most new writers use interpretive adjectives to describe people, when characterization would be a stronger choice (that’s a whole other blog post). Instead of telling us your client was resistant (an interpretive adjective), show us what she did that led you to that conclusion. Did she refuse to complete exercises? Did she fold her arms and cross her legs, or turn away from you? Raise an eyebrow or peer over his glasses? Characterization is the most powerful way to enable a reader to see through your eyes. Instead of saying the manager had a strong ego, show us his body language—did he walk with a swagger, or put his feet on his desk while talking to you (or even more evocative, did he lean back and put his feet on your desk?). Bring people to life with actions, not adjectives.

By contrast, descriptive adjectives only occasionally indicate weak writing. For example, “ocean” blue could more aptly be called azure, cerulean or aquamarine, depending on which color you mean. A “leaky” faucet might be dripping, streaming or flowing. Although phrases like “tall trees” and “dense fog” are descriptive, they’re also subject to interpretation—a tall tree in New England isn’t the same as in British Columbia, or New Zealand, or California. The strongest choice would be to use a metaphor, or describe the experience of the tree (did you get a crick in your neck from looking up at it?). You could use objective facts (two hundred feet tall), but those aren’t as evocative.

(That’s a Schoolhouse Rock reference, for those of you under 40.) Adverbs modify verbs and adjectives, and they communicate how something happened, when it happened, where it happened, and intensity.

There are useful and not-so-useful adverbs. Useful adverbs refer to time/space orientation and almost never end in “-ly.” Strong adverbs help in transitions from scene to scene (for example, “Afterwards, we went to the party”), or in orienting the reader (“The vase fell over and shattered as it hit the floor”).

Descriptive adverbs, those that end in “-ly” (or words like “very” or “super-“) are less useful. They’re a convenient way to make clear precisely what you mean (she said, using a descriptive adverb). They’re also (usually) a lazy shortcut. That’s because -ly adverbs have no absolute meaning in and of themselves. It’s up to the reader to interpret what “precisely” means, for example. Or “really” or “very.” If you’re using an adjective, see whether you can choose a more precise verb or adjective (depending on the situation). In some cases (really, very, absolutely, literally), you can delete the adverb and the sentence will be stronger for it. Bolder. More confident.

In some situations, adverbs modify verbs, and in those situations, you can always choose a stronger verb. Instead of writing that you ‘ran quickly,’ say that you sprinted. Instead of saying you inhaled sharply, you gasped.

By cutting all your adverbs, you can see where you absolutely (!) need them, and you’ll tighten up the rest of your writing in the process. In casual writing (including blog posts and email) and speaking, I use a lot of adverbs, because they’re simple shortcuts. But when you want to create a deep connection with readers, to evoke an experience within them, they’re kind of the junk food of writing; an abundance of adverbs indicates that the writer hasn’t spent the necessary time choosing strong adjectives or verbs.