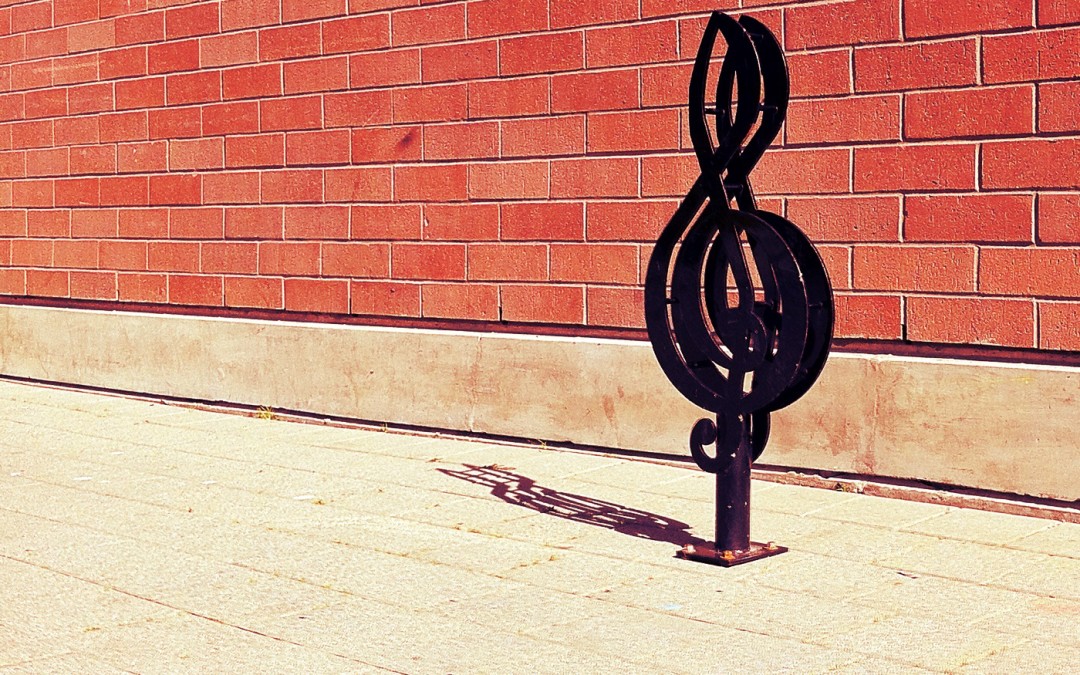 I love music—who doesn’t?—yet it had never occurred to me that music itself could be a teaching, that it could bring people to the place, the experience, that spiritual teachers’ words point to, the transcendence that’s sometimes found in meditation (and often isn’t).
But that’s exactly what one song did.

As Martin Mull famously said, writing about music is like dancing about architecture. To write about it is, at best, irrelevant and at worst, to diminish the experience. Words are only symbols. They can’t possibly capture, much less confer, the experience of a song. (That doesn’t mean I’m not going to try, though…) So first, listen:


The song, Turn, is from The Book of Rounds: 21 Songs of Grace, written and produced by October Project.

Some backstory: More than 20 years ago, when I lived in New York and was working at VH1, I took several improv classes as part of my aspiration to be a comedy writer (boy, have I strayed far from that path…). Among my dozen or so classmates was a sweet and radiant woman named Julie, who mentioned that she was part of a band called October Project. At the time, I don’t believe I’d heard of them, but within a few months, they were everywhere—in heavy rotation on VH1, opening for Sarah McLachlan, performing at Lilith Fair. I even swore I heard one of their songs on The X-Files (the ultimate culture marker of the 1990s), but apparently I was mistaken. Over the years, whenever I heard one of their songs, I’d remember Julie and wonder whatever happened to her.

Meanwhile, I’d moved to Toronto and continued to work adjacent to the music industry, in music television production and as a journalist for music magazines. I left that behind more than 15 years ago, so last December, when I heard Tami Simon interview October Project for the Sounds True podcast, Insights from the Edge, it was a pretty trippy convergence of past meeting present.

I include the backstory because, as I write this, my mind really, really wants to go back into music journalist mode, to reviewer mode. My inner know-it-all (which really doesn’t know much of anything) wants to parrot what I heard the musicians say about the music, to supplement my own words with quotes on the neuroscience of music by the late neurologist Oliver Sacks and Wired, or Dr. Daniel Levitin from his book, This is Your Brain on Music. This part of me wants to cite research about how music is a natural antidepressant (in short: dopamine!) and all its effects on the brain… so I can sound all knowledgeable.

I’ve long been curious about why certain harmonies give me goosebumps on my scalp, or why some songs are able to root out deeply buried emotions, or why minor chords evoke melancholy. Yet that’s exactly the kind of innocuous overthinking that can send me down a rabbit hole, into my mind and out of the moment.

Sometimes knowledge can interfere with experience.

And this blog is about getting out of my mind. (And hopefully, helping you get out of yours, too.)

Which, conveniently, is the purpose of The Book of Rounds: to evoke a meditative state in listeners.

The album is written as a song cycle, or rather, three song cycles of seven songs each. In the podcast, the musicians talk about how the songs progress from an inward journey, through the dark of winter, to expanding outward again (an arc to which I can really relate), but you can hear that all from the musicians by listening to the podcast.

Until a few months ago, my only experience with listening to music designed to create a specific brain state was limited to Brain Sync. Which is effective, and I still use it for meditation or times when I need to focus, but it’s not exactly music I’d play in the background when friends come over.

All the songs on The Book of Rounds are beautiful, but—to get back to the point of this post—Turn evoked a series of experiences in me. As is true of all the other songs, it works on multiple levels. On the surface, these are gorgeous pieces of music with evocative, poetic lyrics. Yet if you’re on a spiritual path—any spiritual path—the lyrics carry a deeper meaning. And the music itself…I’m not going to analyze, because as much as I know there’s science behind it, down to the harmonies and the timbre of the singers’ voices, I prefer to believe that what happened was something magical or mystical. (Maybe it’s both/and.)

At first, I heard Turn as a fairly traditional love song—partner to partner, or perhaps individual to family.

Then… I’m not sure how this happened, but on the second or third listen, it morphed. As I listened, the music evoked in me the feeling I had during my “bliss episode”—and more recently, the way I feel when I’m walking alone in the ancient forest, when my mind is completely still, and I’m experiencing nature directly, without interference from thoughts or interpretations. In those moments, I feel fully connected with nature and all of Life. It felt as though, if the forest could sing to us humans, this is what it would sing.

Then the song did something even more amazing: It showed me that I don’t have to be in the forest to have that experience of connection. The line “look around, you’re already home” evoked in me the exact same awareness as (in another Tami Simon interview) Jeff Foster’s story about having an awakening-or-something when he looked at a chair, and my subsequent kitchen-sink epiphany. It opened my heart to what was around me, including people and situations I had—just a moment before—found neutral or even aversive.

The song began connecting me to strangers, and even not-so-natural things, like houses, fire hydrants and street lamps. Look around, you’re already home. Walking on the seawall. Standing in line at the grocery store. Riding the bus. This is it. Right here, right now. This is the moment I’ve been seeking, and if I don’t pay attention, I’m going to miss it.

The song reminds me, in the most beautiful way possible, that wherever I am in this moment is exactly where I’m meant to be.

The more I learn about something, the more words I have to describe it, and the harder it is for me simply to be present with it, to experience it without thought. That’s why I don’t want to learn the names of the various trees and plants in the forest. Learning to observe without thinking was a huge challenge for me, and like a Golden Retriever puppy, my mind continues to take every opportunity to tug at and chew on thoughts.

So I’m aware that I want to write more, I want to research and analyze and sound smart and write about all the reasons this music has a significant impact on the listener. But what I need to do, instead, is look around.