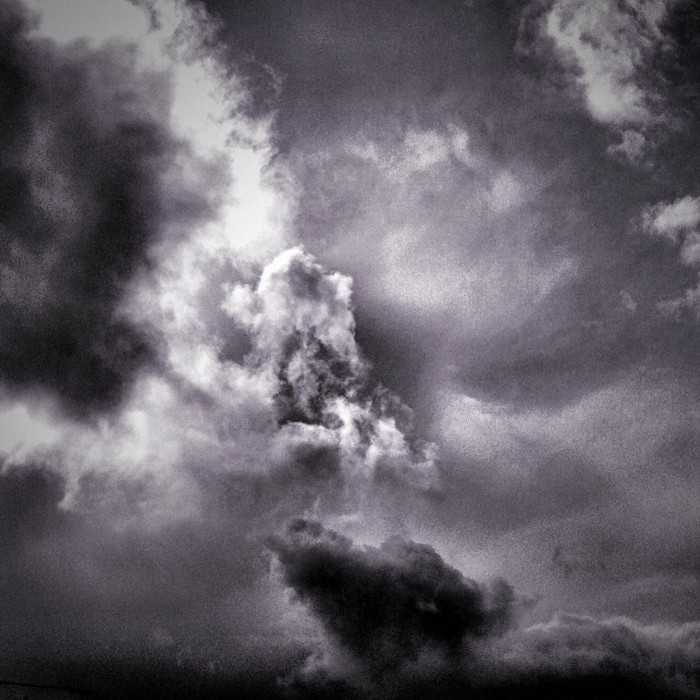 To that point, the dream had been disjointed scenes of people being angry with me for reasons that made no sense to me (a recurring theme from my childhood).

When I awoke the next morning, I felt utterly deflated, like a ton of bricks had landed on my chest. Bereft. The anger-energy I hadn’t been acknowledging had been so consuming that its absence left me empty and exhausted.

There’s clearly a bunch of suppressed anger – and underneath anger is usually either hurt or fear; in my case, it’s hurt – that I need to acknowledge. It needs to be released. I don’t mean I need to yell at anyone, though screaming into my pillow has been useful in the past. Or punching it. Fast-paced walks or workouts help, too – anything to get the energy moving through the body.

The ego says: “I’m beyond all this. I’m spiritual. I don’t get angry.” And I mean, anger is a deeply destructive emotion (I’m talking about resentful anger; there’s a good distinction between the Buddhist definition of anger and the Western definition here). Anger is arguing with what is, and everyone knows that’s insane. Anger means I had expectations, and I don’t have expectations. Whoops. Apparently, I do, if only subconsciously.

People on the path aren’t supposed to get angry.

Hmm, where have I heard that before?

Oh yeah, in my family, where being angry was the cardinal sin. Good people don’t get angry.

Intellectually, I know that anger – this type of anger I’m talking about – is futile. It doesn’t accomplish anything except to make me feel bad. It isn’t productive, and in my context, expressing it wouldn’t accomplish anything. Its only purpose is to make me right and make other people wrong. (And objectively, in these instances, that’s not the case.) The things I’m reacting to are situations I do need to accept, but also – on the road to acceptance – I have to acknowledge and accept the part that definitely does not feel okay.

Which brings me back to the feeling of being a deflated balloon. I walked around like that for a day or so, with intermittent moments of relief. But I kept breathing into it, because it felt significant. It felt like the ground had been ripped out from under me.

Buddhist teachers talk a lot about “groundlessness,” but I’ve never actually been to a Buddhist retreat, so my experience is pretty much trying to remember what Pema Chodron said and in which book or recording.

Then my mind began making up stories again, especially around one particular situation. And the anger built up again, and I wrote raging rants into my Notes app on my phone, until I fell asleep, exhausted. So much for witnessing the feelings. (Meditation is much better for that.)

Here’s the thing: When I write out why I’m angry in my journal, one of three things happens: 1) I discover that what I need is compassion for the person, not anger (that happens a lot), 2) I see that the trait that’s angering me in someone else is really glaringly obvious in me, too, and/or 3) The anger passes through my hand into the journal, and I feel cleansed.

But that doesn’t happen with my phone, for some reason. I do a lot of writing on my phone, and I can even capture some poetic things, but it’s not good for venting. There’s something about the pen, paper and handwriting that is cathartic in transmuting anger.

So today, again, I raged – and let me be clear, I have plenty to appreciate right now in my life, but I’m trusting that gut instinct that I need to air out the anger, too. It’s not either/or; it’s both/and. I raged and raged until I was exhausted, and again, I felt bereft. I burst into tears on the seawall – for about 10 seconds, just a burst of energy coming forth – and then I yawned (and yawned and yawned) for hours. I still felt groundless. I still felt bereft.

Here’s where all the Buddhist things I’ve read and listened to did help: I found ground in my breathing. I focused intensely on feeling the air as it moved in through my nose and out through my mouth. I tried to focus on visuals and physical sensations, but really, I found (some) refuge in my breath.

Underneath the anger, there is deep sadness – in a few areas of my life – and that needs to move through my body. I’m trying to be gentle with myself. This feels significant, like maybe this suppressed anger has been holding me back.