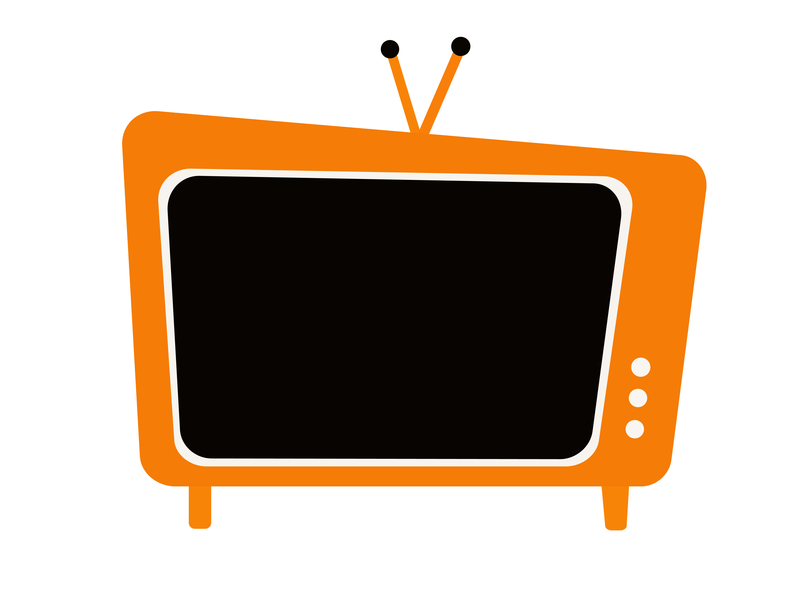 I enjoyed well-written stories and am still in awe of the actors who can perform them well. I used to leave the TV on in the background to keep me from being lonely and (I rationalized) for Hedda’s entertainment. My favourite shows – and movies, for that matter – were what I called “feel-bad.” I loved crime dramas (I used to work out to Law & Order and spent Sundays sprawled on the couch, watching Mystery Channel’s marathon of Criminal Minds, NCIS and others).

One day in early 2010, my cable was disconnected. This wasn’t a surprise; I’d been struggling to pay the bills for a few months, but still, the apartment was awfully quiet.

The timing coincided with my going off meds, experiencing a spiritual awakening and feeling like I’d moved into a parallel universe.  I missed the noise of television, but I didn’t miss the content much.

The surprise came a couple of months later: I noticed that I felt better about myself. Without television, I wasn’t being bombarded with messages, however subtle, about what I was supposed to look or act like, what my relationships were supposed to look like, or my life, or what “normal” was. It was enormously liberating. I’d say that getting rid of television probably did more for my self-esteem than any other action I’ve taken in my life.

Sometimes I miss the stories well-told and well-performed. I appreciate that – especially on certain channels and Netflix – the range of human experience portrayed is much greater. Yet still, in those shows, there are thousands of subtle messages about what I’m supposed to find funny, absurd or embarrassing – what I’m supposed to pass judgment on.

A few years ago, I watched The United States of Tara – a beautifully written series that I really enjoyed…mostly. There was an episode in which a body difference was made the brunt of a joke – and it happened to be a way in which my body is different, too. Except it hadn’t ever occurred to me that there was anything wrong with that particular aspect of my body. I watched this entire fictional family – including characters whose perspectives I respected – make jokes about how hideous this particular body issue was. And I felt terrible. That’s just one incident, one episode of a series that supposedly flaunted conventional ideas. Television bombards us with these, hundreds of times a minute. So often that we’re mostly numb to it, until we back away and realize how much better it feels.

Occasionally, I’ll watch clips on YouTube or rent a movie on iTunes. I’ve considered Netflix for documentaries and Orange is the New Black. But I don’t miss TV. Except to fill the silence and mask loneliness – and if those are there, then I’m better off dealing with the underlying issues than covering them up.

News? News is fearmongering, and it’s only gotten worse in the past few years. It’s so comically over-the-top that even when I can’t escape it – like in the doctor’s waiting room – it seems to be from another planet. Who speaks like that? Seriously. It’s so artificial and biased – even more or less neutral networks have a lens. CBC is better than CNN, but the focus is still primarily on bad news, negativity, on what’s wrong in the world. After all, if viewers are scared, the theory goes, they’ll keep watching because the anchors are (supposedly) reassuring and can offer expert insight/solutions – oh, and in the meantime, here are advertisements for the things you need in order to be considered socially acceptable.

I don’t need to know everything that’s happening everywhere all the time. Between conversations with people and the limited social media I engage in, I’m aware of the current events that are important to know about. There’s so much ‘news’, though, that isn’t. It’s just noise, noise, noise expanding to fill up the silence and to make us… what? Afraid? Angry? Numb?

There’s outrage, of course – the Internet is powered by moral outrage. And news often seems designed to fuel that. But outrage is judgment; outrage is pain-body. Being outraged, in and of itself, accomplishes nothing except to make us feel bad. At best, stories of injustice can inspire us to work towards social change – but it’s okay to do that without carrying the poison of hatred, because hatred never solved anything.

Pop culture absolutely reflects what’s happening in our society. And it’s possible to use it as a vehicle for social change – that’s the role of satirists. I can look at media with curiosity, as an observer, but as a human being, messages reach my conscious and subconscious minds. And ultimately, it’s easier to be comfortable in my own skin when I’m not bombarded by endless judgments – however subtle or witty – about what ‘normal’ means, and what types of differences warrant ridicule. When the answer is ‘none,’ maybe I’ll revisit media.