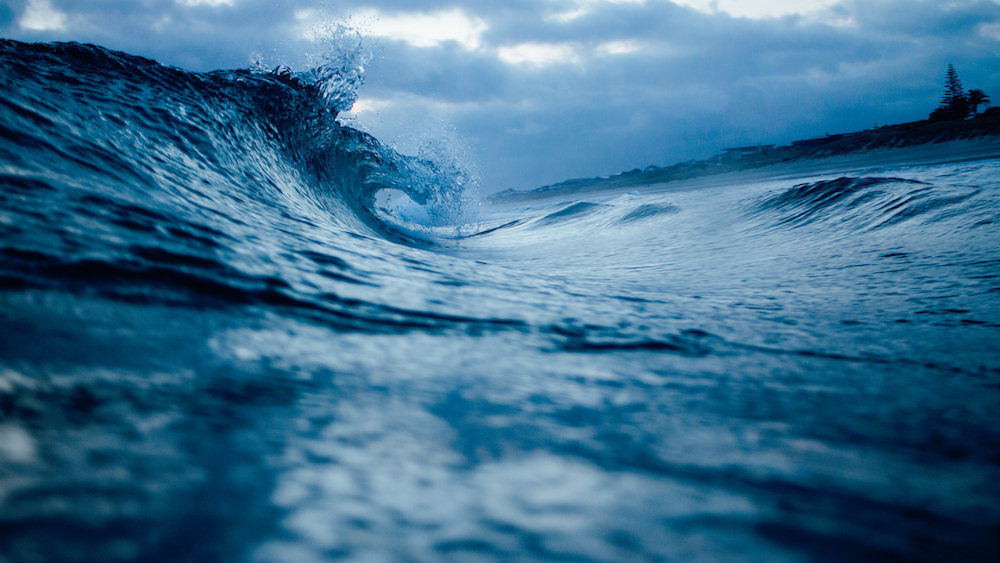 We’re all familiar with the law of diminishing returns: After a certain amount of time, the effort expended on a task yields fewer and fewer results. This is as true of creative work as it is of physical labor. And if you keep pushing, eventually both brain and body collapse.

I have a fair amount of experience with this. I’ve been the rock star who has melted down. I’ve worked 90- and 100-hour weeks and wound up in bed for weeks, unable to do anything except stare at the ceiling.

This is the price we pay when we don’t monitor our well-being.

A couple of years ago, I began percolating the question, “What would it look like to create a Law of Increasing Flow?” My goal was to find a way to work at an optimal level without burning out. After paying attention to what helped me get more done, better and faster, I came up with three things:

1. Get centered before I sit down to work
2. Work in small bursts
3. Take mind-clearing breaks before I begin to fade

When I do this, I write more, better and faster than I could have if I’d sat at my computer the whole time.

Granted, as a freelancer, I create my own schedule. However, I believe these steps can be adapted to many kinds of work. It’s the oxygen mask principle: Of course your child’s safety (or your client’s project) is paramount, but you can’t help him if you’re gasping for breath.

One of my specialties is working with complex topics – I’ve researched, written and edited documents and manuscripts about rocket science, server virtualization, metaphysics and international aviation law, among other topics. There’s a steep learning curve with each of these, especially because I don’t have a science-y mind. For the first day, or sometimes the first week, I feel like my brain might crash. I need to take a lot of breaks, and sometimes I need to take a full day or two off, because when my brain hits the wall, I can’t process any more information.

Furthermore, if I get to a point of depletion, it can take up to a week for me to regain my balance – that’s a lot of lost creative time.

Researchers have confirmed the premise on which Google has been operating for several years: People are more productive when they’re happy.

Happiness, though, is a subjective concept. A ping pong table and Nerf wars might make a 20-something in Silicon Valley happy, but they’re likely to make me run and hide in the forest (because that’s where I find happiness). Besides which, as Eckhart Tolle points out, what we think of as happiness depends on external factors – everything going smoothly in your life. Inner peace, by definition, is internal. It’s attainable regardless of what’s happening around you.

The point of getting and staying centered is to clear your mind so that you’re less distracted; this way, creative ideas can flow without being interrupted by the noise of your mind.

I go for walks and spend vast amounts of time alone in nature. That’s where I feel most at home, and that’s where I can replenish the energy I need to be excellent at what I do. Not incidentally, that’s also where I get ideas.

Yes, there is something to the “butt in chair, hands on keyboard” approach to writing. Inspiration often flows after half an hour of clunking around. But knowing when to put your butt in the chair, getting centered before you sit down, significantly increases your chances of using your writing time effectively.

[Tweet “To write more, at higher quality, in less time – slow down.”]

Pay attention to how your mind and body feel. As you become attuned to your body and energy, you’ll feel the pull to begin a new burst, and you’ll also feel when you begin to falter. Try to take a break before you feel yourself fading. Go for a walk. Spend time in nature. Do whatever replenishes you.

Often, it’s during those breaks (especially when I’m walking) that I’ll get the ideas that were inaccessible while I was sitting at the computer.

Taking Breaks Before You Bonk

Athletes know this one well. The body can only take so much before it stops. “Bonking” is beyond hitting the wall; it’s total system failure, and it takes a long time to recover.

During these breaks, get off the computer. Whether you meditate, go for a walk or play with your dog, focus on clearing your mind and getting into the present moment. In other words, checking Facebook and Twitter doesn’t count as a break.

(Edited to add: There have been a slew of articles in the past week that have pointed to the importance of taking breaks. I’d like to think this means we’re at a cultural shifting point, much in the way that the myth of multitasking is being debunked.)

How it Works for Me

I’m at my most effective when I spend four to six hours on focus work – project research, writing and editing – over the course of a given day.  If I’m following my own advice (and energy), I can write more in those few hours than I could if I spent a solid 12 hours in front of the computer.

Admittedly, it’s not always possible, but when I go over six hours of focus work, I write more slowly and the quality suffers. I usually work in chunks of 30 minutes to two hours, between 10am and midnight (I’m not a morning person, but my creativity flows late at night). When necessary, I work slowly and consistently seven days a week, rather than “powering through” in five days.

By getting centered first – and staying centered – I can ensure that the hours I’m billing are my most creative and productive, not just the ones that happen to fall between 9am and 5pm on a weekday.

This process is amazingly efficient. I get more done, faster and at a much higher quality – with the bonus that I don’t burn out. I can sustain quality as well as inner peace. Because I use fewer billable hours, it’s more cost-effective for clients, too.

My clients understand that, as unusual as this looks, it’s how I get the results I deliver to them. They don’t expect me to be at my computer from 9 to 5. I carry my laptop in my backpack, and I check email on my phone regularly, so that I can be available if necessary. But (with a few exceptions) unless I’m doing focus work, I’m not on the computer.

Sometimes, there’s pressure, and it feels like I can’t take a break–too much to do! Yet that’s my signal that I need to slow down and to take a break. And every single time I’ve done that, I’ve come back and written more, better and faster than I would’ve had I stayed at my computer, hammering away.

It’s totally counterintuitive, and it can be scary – my inner critic often screams, “I can’t take two hours off. I have to get this done!” – but in five years of working this way, it has never failed me. I remain peaceful, my work remains strong, and clients remain happy.

If you’re in the flow, I’m not saying force yourself to take a break. Intensity isn’t the same as pushing. Flow is awesome – that’s what we all seek. But if it’s not flowing, stop trying to force it. Take a break and allow it to come to you.