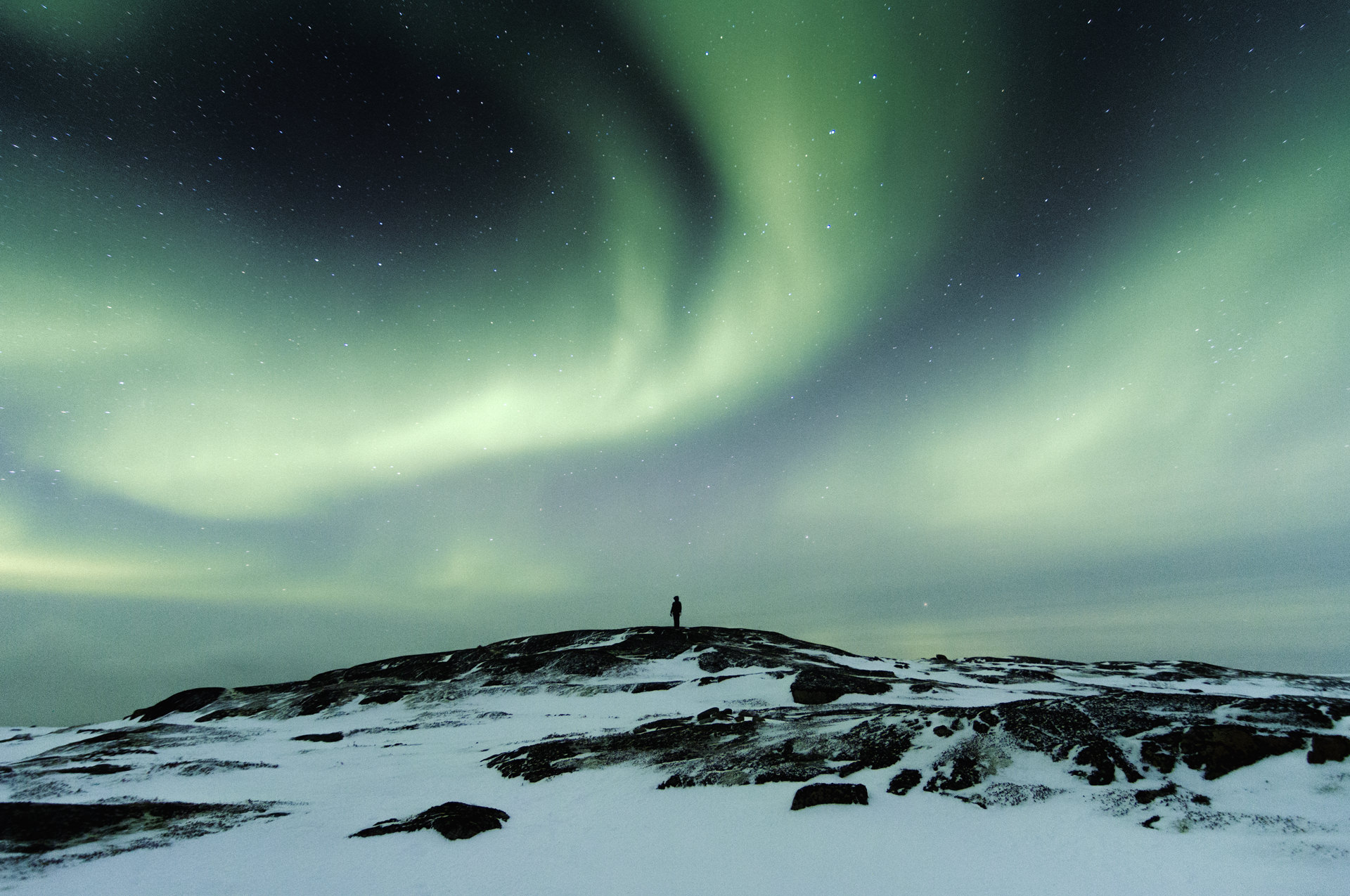 A while back, I wondered about the origins of the phrase “woo-woo” (often shortened, including by me, as “woo”). In my mind, I heard the sound produced by a theremin—an instrument used to create ‘outer space’ sound effects for 1950s and 1960s sci-fi movies—and in the absence of any definitive etymology, that’s what I’m going with.

People use woo as a dismissive phrase, and in my experience, they do this for one of two reasons: 1) They don’t agree with the concept being presented, or 2) The language used is alienating to them (no pun intended with the whole ‘outer space’ thing).

Woo is a construct, a collective (and individual) way of dismissing that which we don’t understand or have not yet experienced. It’s also relative, not absolute. One man’s woo is another man’s gospel. And while we can’t do much about the people who fall into category #1 above, we can do a whole lot about the second issue. As you probably know by now, great writing is about creating a connection with the reader—which you’ll recognize as the exact opposite of alienating her.

When I talk about woo, I’m not talking about concepts. Experiences and practices aren’t woo. They’re facts, neither here nor there. Sometimes, sure, it’s the reader’s filters that create the perception of woo. Of course, we’re not responsible for others’ projections, but in my experience—as a reader of books about consciousness and transformation, as an editor, and as someone who has tried a whole lot of practices with varying degrees of benefit—it’s the way ideas, concepts and practices are presented that often leads others to perceive them as woo.

Woo is something that’s been repeated so often, it’s a shortcut that makes a writer appear “spiritual” or “evolved.” It’s cliché, and like all clichés, it was probably once illustrative, in context. But taken out of context, it doesn’t offer anything useful to the reader. And while it’s not your job to convince anyone of your perspective, presumably you don’t want to give the reader a reason to shut down, right? Jargon of any kind shuts readers down.

Woo is language that glosses over challenges and presents solutions in an oversimplified, reductive way, without acknowledging (much less teaching) the underlying complexities. It presents a “spiritual” life as endless bliss, or “enlightenment” as an end goal. In business, it ignores pragmatic concerns and focuses solely on emotional ones (which, as we all know, CFOs love). Like self-help, woo tends to focus on benefits to an individual, rather than implications for all beings.

In working with authors, my experience is that woo comes from a desire to paint the vision of the world as entirely peace, love and unicorns, with nary a dark thought or fart in sight. But that’s not the world we live in, and—more importantly—that’s not the world your readers live in.

Woo doesn’t necessarily correlate to subject matter. I’ve read super-esoteric material on manifestation, chakras and other usually-very-woo-sounding topics that isn’t the least bit woo (some readers might consider the ideas woo, but that’s their issue). However, those are the very rare exceptions. Most publicly available writing on those topics, in particular, are super-woo.

The Dangers of Oversimplification

We live in an era of clickbait, 140-character platitudes and inspirational quotes shared on Twitter and Pinterest. That, in and of itself, is not an issue. The problem arises when people (fans and skeptics alike) interpret those pithy memes to be the entire message.

Most inspirational quotes, without their full context, are woo. Platitudes like “thoughts become things” are woo. It’s not entirely untruthful; it’s just not the whole truth (and a better pithy message might be ‘thoughts can become things’.) It’s like saying if you take an intro physics class, you’ll get a Ph.D. Actually, it’s worse than that. It says if you visualize yourself as a Ph.D., that’s enough, and some provost will come and hand you a diploma.

Simplicity itself isn’t a problem. Complex ideas are best presented in simple nuggets that build on each other. My single favorite practice is coming back to the breath throughout the day. Zen koans work because they stop the mind. Simple isn’t a bad thing, but oversimplifying a deep concept can be misleading.

The Effect of Woo on Readers

For years, I heard variations on “woo-woo” “foo-foo” “fluffy” “fon-fon”—that my writing was heavy on magic and not so much on logic. The dubious highlight of that time period was when a client—a bona-fide swami, who ran a yoga studio and vegan-organic restaurant—said my writing was too “airy.” In retrospect, she was right. I wrote this peace, love and granola vision around acceptance of people that others judge. What the client needed was a non-dualistic approach that embraced the perceived “other” as “us,” too. (Argh, language.)

I was way more woo before I’d ever had a genuine spiritual insight (at least, what I experienced as a genuine spiritual insight). I was woo when I was living in my head, thinking a lot about spirituality and transformation. I imagined that spirituality was all about bliss. And bliss experiences are wonderful, sure, but very, very few of us live in a world where it’s all bliss, all the time. Your readers definitely don’t, or they wouldn’t be coming to you for insights.

This is one of the reasons it’s important to know who your readers are and what language they’re comfortable with. If someone is struggling to make ends meet, telling them to “raise your vibration” or “cleanse your root chakra” isn’t going to be of much benefit. Give them specific actions to take, actions that make sense in the context of their world (for example, “Go for a walk in nature before you send out those resumés”). Then, maybe, you can explain how that action relates to things like vibration and chakras. But I’d still caution against it, unless you’re specifically teaching advanced Buddhist concepts to advanced students of Buddhism. There’s way too much watered-down crap around those subjects; don’t add to the pile. If your guidance is sound, you can offer suggestions without using jargon.

Woo is also about tone. Tone is communicated in a variety of ways, from syntax to word choice and pacing. Authentic teachers communicate in practical terms, from a grounded place.  They don’t try to sound impressive, and they don’t sound like they’re selling anything. By contrast, about 99.9% of what I see on social media that self-identifies as “spiritual” comes across as a sales pitch for materialism. Meditation is often sold as a path to bliss, rather than a way to become more present in our lives.

Most of us, in writing, come across as more woo that we’d like—even those of us who are very down-to-earth in person. The speaking voice carries many more cues than written language (intonation, facial expressions, body language, verbal pacing, etc.), so when writing about spirituality or transformation, it’s especially important to compensate for the missing visual and auditory cues, and to put yourself in the shoes of someone who has no other contextual cues about you.

Here’s how to do that: Own your experience and perspective. Don’t spend precious words or energy trying to convince skeptics. That’s not your job, and the more you try to persuade, the more defensive (and woo) you’ll sound.

One of the things that separates “New Age” from true transformation is a tendency to be judgmental in a very specific way. Judgments around looks (especially body types), around careers, around perceived “vibrational levels,” “soul ages,” beliefs (or lack thereof), partner choices (or lack thereof), sexual expression (or lack thereof), income levels, just…a whole lot of judgment.

One of the core lessons of transformation is acceptance of what is, and of ourselves exactly as we are. So when I see judgments in writing, that’s a clue to me that the writer is operating from a place of ego and spiritual superiority, aka woo.

Pema Chodron has a great line in Don’t Bite the Hook (and I’m paraphrasing here, because it’s an audiobook, and I can’t find the exact line). She says when she sees spiritual communities where people gaze into strangers’ eyes immediately and talk about nothing but love in rapturous tones, that she thinks, “Wow, there’s a whole lot of repressed anger here.”

My sense is that judginess is an outlet for the repressed anger beneath the “happy happy joy joy” exterior that people who are woo feel compelled to uphold.

And yes, I recognize I’m making judgments here, about New Age and self-help. I do judge. I try to be aware of when I’m doing it; I try to limit myself to discernment, but I’m not perfect. I’ve seen friends who have gone into significant challenges because others—highly paid “celebrities” in New Age circles (and if that isn’t an oxymoron, I’m not sure what is) told them to do X, Y and Z, and they wound up living in their car, while the “gurus” continued to rake in millions. From one perspective, sure, this prompted them to go deeper, so it was a step on the path. It could just have easily prompted them to dismiss everything to do with anything related to transformation ever again. From yet another perspective (mine), that kind of mentality is manipulative and dangerous—and it has nothing to do with an evolution of consciousness.

How to Cut Through Woo

I’m working on an entire book about this, so I can’t quite summarize it in a few words (except: keep reading this blog). Here are some things to keep in mind, though.